We are proud to announce that Academic beach handball club Zagreb became a part of the first beach handball oriented Erasmus+ project. VolFair, which is the akronym for Be(ach) Volunteer, Be(ach) Fair!

As the name suggests, the main goal of the project is to investigate how to attract volunteers in beach handball, and to determine what volunteers like or don't like during event organization.

Beside ABHC Zagreb, another partners on this project are two organizations with high volunteering experience in sport: EUSA Institute (Slovenia) and Akademicki zwiazek sportowy (Poland), while ABHC Zagreb and Stichting Camelot Beachhandball Tournament (Netherlands) are experienced in organizing beach handball events. Project will last for 2 years, and will include the meetings that will be organized in the partner's countries.

This is a huge step for all beach handball organizers in order to enhance the volunteer's experience during the event. Since the volunteers are one of the main backbones while organizing beach handball tournaments or any other sport event, it is of main importance to keep them happy, willing to learn, work and communicate. Within this project we hope that we will get the feedback from the volunteers in order to do the reqiored knowledge about their needs and requirements-Sandra Čičić (Executive director-ABHC Zagreb). 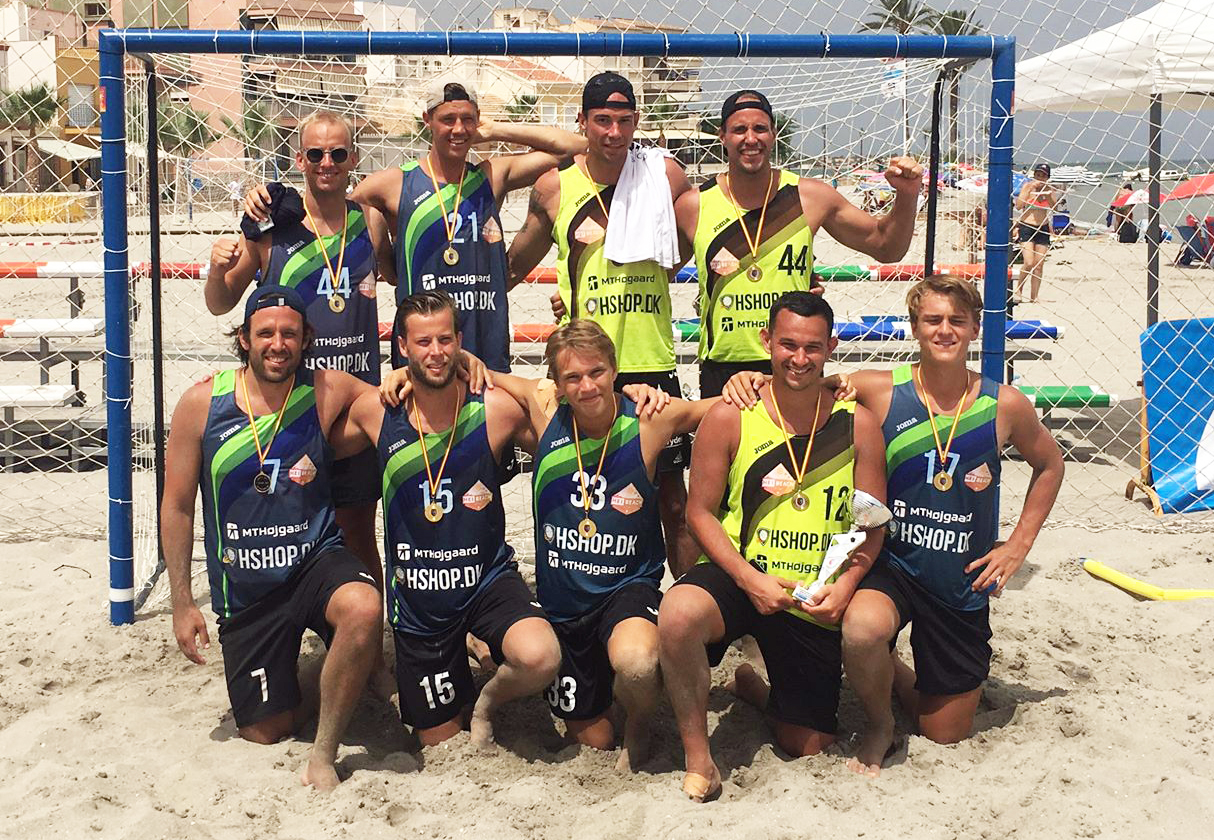 We are presenting you the most succesful Danish beach handball team. Equipped with the great abilities, as well as huge amount of fair play, those guys will try to reach the highest place in this edition of EBT Masters finals. Even though this is their first appearance in EBT Masters finals, they already collected a lot of trophies around the Europe. This season they started by winning the second place on EBT tournament Jarun cup, where they showed how strong are they. Enjoy the rest of the interview.

All most all of our team-members have played beach handball since the teen years. As a team we have been playing together for 10 years or something like that.

When we started, we weren’t that good. We played mostly just for fun. Now, we still play because it’s fun, but also because of all the experiences we get and have gained as a team, because we have increased our level so we can compete at the very highest level.

We have won the Danish Championship one time, in 2016. Besides that, we have won three EBT Tournaments. We always aim to win when we play a tournament, but our second place at Jarun Cup in Zagreb last year, was a big result for us. We beat quality teams as the Swedish National team, BHC Sesvete and last but not least Detono Zagreb. So, we were very satisfied with our performance in tournament.

A good history from Jarun Cup, is about our young-star Frederik Bech. At that time, he was only 17 years old. He got a little bit drunk at the players party. When we were on our way to the courts the day after, Frederik didn’t feel so good. So, when we were in the light rail, Frederik suddenly smiled a little awkwardly and then he turned his head and puked all over the seats in the train. Pretty embarrassing for all of us J

This is our first time at the EBT Finals. Last year we had an ambition to qualify for the EBT Finals. So, we participated in three EBT Tournaments. In Croatia, Germany and Spain. Two of them we won, and at the last one we ended as number two. So, we are very proud of our efforts last summer and that we achieved our goal. So, we will show up in Baia Mare with lots of energy, and we will give everything we have for a good performance at EBT Finals. 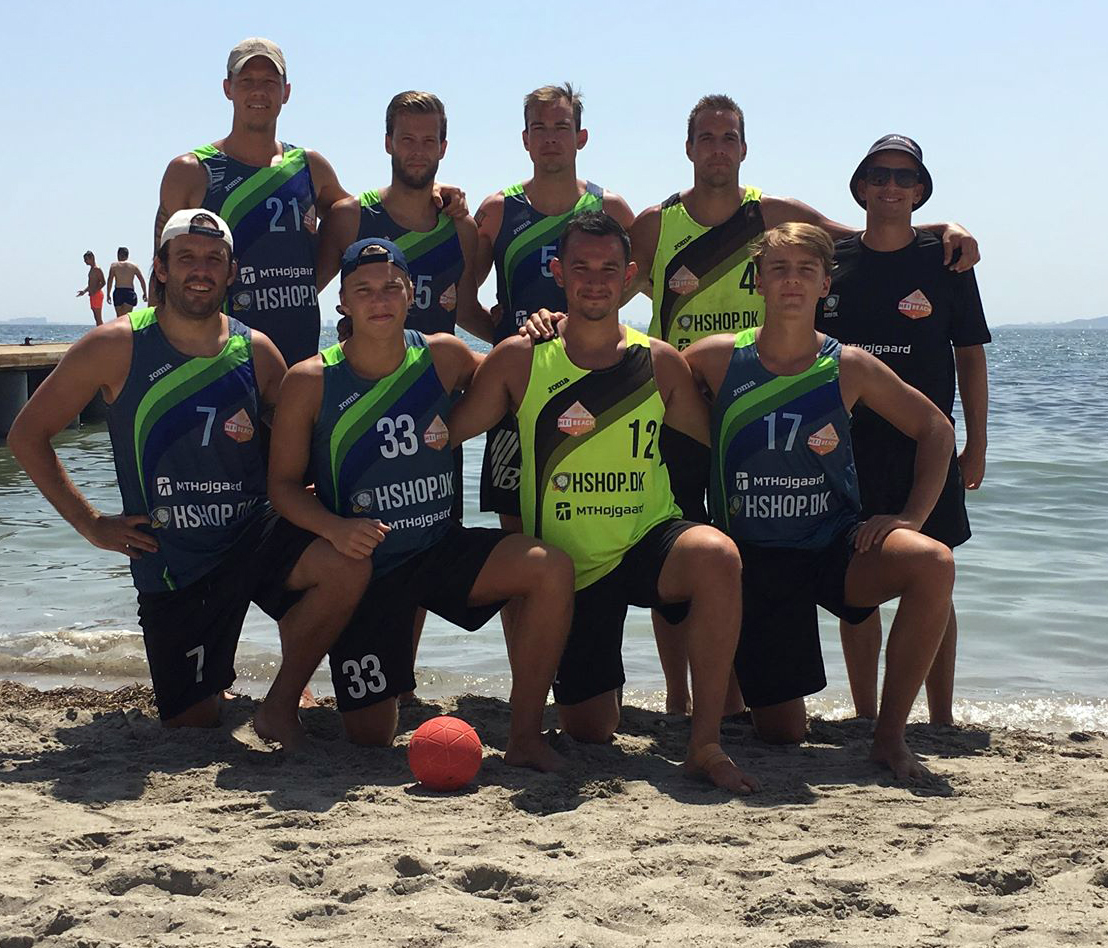 The key in our team, is the whole team. We enjoy spending time together on and off the court. Some of the players have been playing together since they were kids, so there are some pretty strong social bonds on the team.

But to mention some of our key players, we can start with our specialist Martin Vilstrup. Martin is probably the specialist in the world with the best shot, and he also got the prize as top score at the world championship in Russia. Over the last few years, Martin has also developed hi sin-flight game a lot, so know he has more weapons in his game.

In defence we have Martin's big brother Ronnie, Anders Møldrup and Martin Christensen in the goal.

Ronnie has a huge impact on our defence, because of his size and experience as a handball player. Anders is just like Ronnie very important for our defence because of his experience but almost, which is even more important on our team, because of his social qualities and good mood. He always brings the good mood with him to the court, where he plays with a huge passion. Martin is one of the most experienced players at our team. Actually, he was the one who created the team back in the days. Besides that, he is our captain and the only keeper at our team, so of course he is very important for the team.

In the attack, Frederik Bech is a future man in Danish Beach Handball and for the team. He is a very explosive player. One of his greatest strengths is that he can play on both wings. At the age of 17, he represented the Danish national team at the world cup in Russia this summer, together with a few other players from our team. So, he is obviously very talented.

A lot. As mentioned earlier, it's our first appearance at the EBT-Finals, so we have great expectations.

But we have also great expectations for our own performance. We will arrive at Baia Mare with a good team, and we are not satisfied with just being a part of the tournament. We want more. We want to win every game we play. And then time will tell how it ends. But we will bring lots of self-confidence and with great faith in our own abilities, then who know what we can do J

We don’t have any motto or nickname. In the early days at our team, we were joking about that those who were most drunk the day before, were also allowed to start on the court the day after. Now we have become a bit wiser, and a little bit older; fortunately for that J But we always say to each other before the big matches “If we play up to our best, then we can beat every team “. That’s our mentality. Always believe in ourselves.

After the series of the teams with previous experience and participation of playing on EBT Masters finals, today we will present you the Portuguese team in women category. The girls reserved the spot on EBT Masters finals playing on the tournaments abroad. Here we present the team with a lot of members and with the great results in youth categories. We do not have the doubts that they will shine soon in the senior part as well.

No we dont have it. 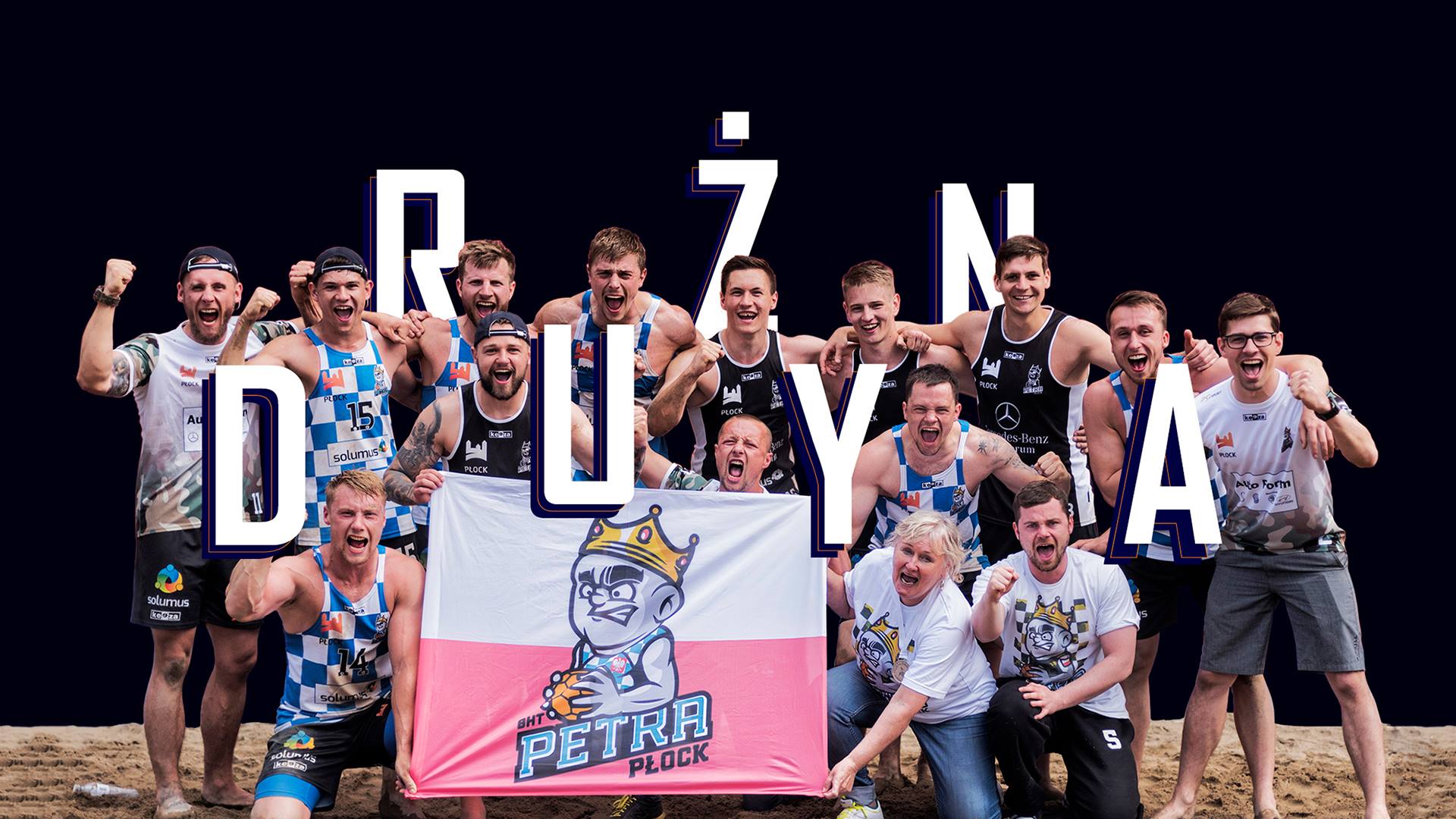 In this part, we will present you the best Polish team in last few years. Since their foundation, they achieved great success at the national and European level. Most of the players are part of the national selection also, giving them a lot of experience and expertise in club competitions as well. Below you may find few info about Petra Plock.

BHT Petra Płock was founded in 2012 by ex SPR Wisla Plock players. Our Club is an 4-time Polish Champion and 5-time winner of Polish Cup we also get 2-nd place on EBT Finals 2017 and  bronze medal in Champions Cup 2015. We are selecting players only from our hometown Plock and many of us are playing in the highest indoor handball league PGNiG Superliga. We have also second team and junior teams.

We played on 4 EBT Masters Final. Our best result is the 2nd place in Gaeta.

We are always aim for gold

When somebody hear the name 12 Monkeys, "ordinary" people will probably think on Bruce Willis and Brad Pitt and their great movie that was released in 1995. However, to the beach handball community first thought on 12Monkeys is related to the fenomenal crew from Cologne, Germany. ABHC Zagreb had the opportunity to play against them in few occasions, and what those guys promote is essential fair play during the whole match. Here are the few answers to our question.Enjoy

1. Tell us few words about your team (when did you start to play and what was the beggining like, number of winning trophies, medals, most relevant tournaments that you have visited, some interesting story maybe?).

We have been playing as 12 Monkeys Köln since 2010 now and in that time we picked quite a
few bananas and coconuts throughout Europe. But regarding relevancy, we find one thing to
be most important: spreading #monkeylove!

2. How many times have you participated on EBT Masters finals?

This is our first attempt. But in spirit, the monkeys have always been part of the EBT Finals!

3. Write your key players and tell us few interesting notes about them.

Our key player will always be Christian Lehnert, whether or not he's actually playing. Which is because he frequently loses his keys!

4. What do you expect from EBT Masters finals in Baia Mare?

Celebrating our wonderful sport in competing with its top athletes from all across the continent. Being part of the huge extended beach handball family is what makes every tournament so special – and the EBT Finals even more so. From a competitive point of view we intend to go into every set with a lot of spirit and then just take it from there!

5. If you have the team motto and nickname, please write it down.
Our motto is #monkeylove, plain and simple.

Contact:
Mladen Paradžik
GSM:
+385 95 8136 286
e-mail:
This email address is being protected from spambots. You need JavaScript enabled to view it.