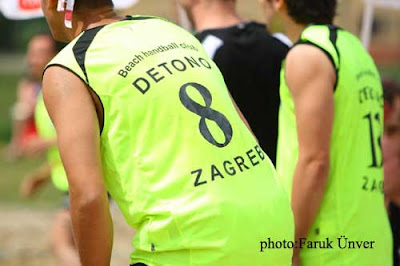 After return from Germany BHC Detono Zagreb has one more exceptional score on international scene. In uptight unlucky finals girls were second, while boys won another tournament from EBT series, with total period score 12:0. 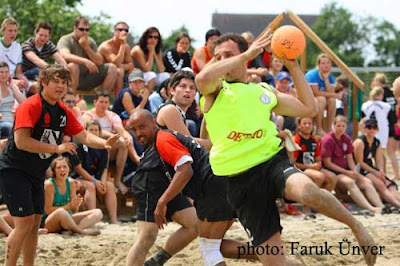 Last weekend Academic beach handball club Detono Zagreb participated on international tournament which took place in German town Altenheim located on French-German border. We started our adventure on Thursday with vans, while organizer provided free accommodation (camping near the beach court). Tournament was played in 3 categories (company tournament, beach for fun and the main tournament) in men and women competition. Therefore, in just one day, on the place provided for camping a whole little town was built, ful of teams enjoying in fun and beach handball. 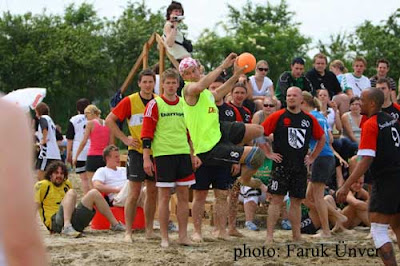 The weather vas mostly nice and apart from some rain, the rest of the weekend was warm.

First matches were played in Saturday morning and they showed that the 2 months of training was useful, first 2 matches were persuasively won. We continued in winning tone till the end of the tournament in both categories. Only girls were beaten twice (in group and in finals) from team Teakwondodos from Auerbach. 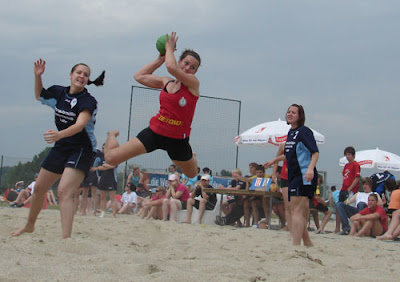 Here is the final ranking: 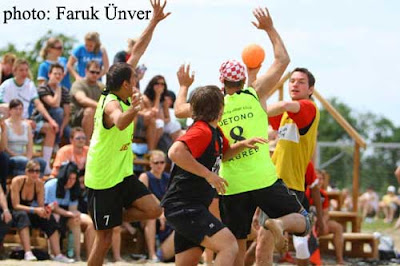 With this tournament we continued a sequence of won tournaments and excelent scores. We just hope that we will continue our season in this tone and that we will try to achieve some major result on the following Masters tournamant in Valencia :) .

After all, we want to thank everybody who made a contribution on realisation of journey to Germany. Also, congratulations to the organizer who menaged to make a real spectacle of this tournament. A proof of that are also contents of the tournament, transmitting on BW Hit radio, presence of journalists, organization of big party under even bigger tent coming to final awards from sports brand Spotex, the biggest cup ever seen and money prizes for the first 3 teams in men and women category. 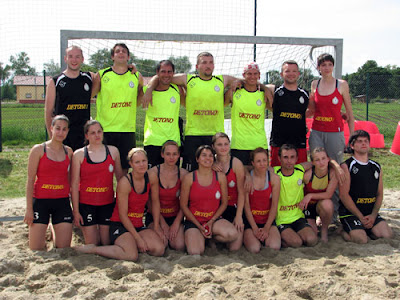 Contact:
Mladen Paradžik
GSM:
+385 95 8136 286
e-mail:
This email address is being protected from spambots. You need JavaScript enabled to view it.